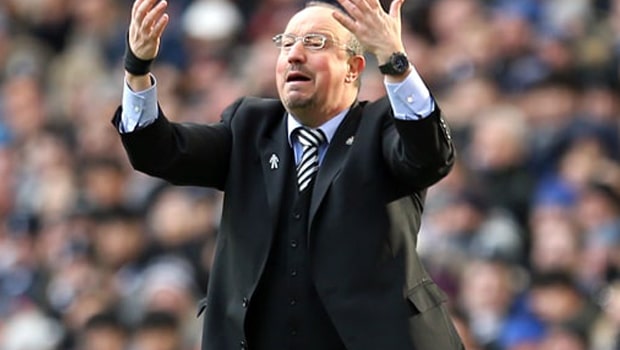 Rafa Benítez is an old acquaintance of the Premier League; fans and players still remember his historical time at Liverpool.

His arrival at the red club brought about significant changes and led the team to its best results in years.

In his first season, he won the Champions League, a title that Liverpool had not celebrated since 1984. The final, played in the city of Istanbul against AC Milan, is historic because the club’s comeback lost 3-0 at the end of the First half.

In addition to Liverpool, Benitez had less successful tuners with Chelsea, Newcastle, and recently with Everton.

Now the Spanish manager is close to managing a Premier League club again.

Nottingham Forest is looking for a replacement manager. The club has had dismal results at the start of the season and sits at the bottom of the table with just four points from eight games.

In this panorama appears the figure of Rafa Benítez, who is emerging as the primary option to replace Steve Cooper, who has not been able to justify the total change of the club’s squad who, spent one hundred million pounds this season with 22 signings.

Benitez has been without a team since he departed from Everton. He would be more than willing to return to the Premier League, a league he has stated on several occasions is his favorite.

Benitez recently turned down a contract with Sevilla FC to replace Julen Lopetegui, who has failed to deliver good results at the Spanish club and sits on the brink of the relegation zone.

In a conversation with Radio Marca, Benitez confessed that he closely follows all the games of the five main leagues in the world and that although he does not rule out directing a national team, it is not something that interests him.

“I don’t go to a national team because I like it every day—the influence on a player and insisting. In a national team, there is a key aspect which is motivation. When I was in a team, I was not particularly eager to sign a player who did a good European Championship or World Cup because they went to that tournament over-motivated. In the national teams, you work, but you have little influence on the player. I keep learning, but I don’t rule it out (about coaching a national team)”