Arsenal wins away in Norway through Saka’s lone goal 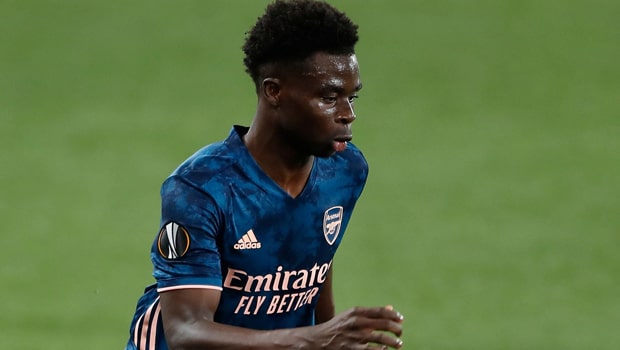 Arsenal’s Bukayo Saka was the hero on a challenging night in the Arctic Circle, firing home in an occasionally-nervy 1-0 win over FK Bodø/Glimt that maintained the Gunners’ 100% record in Group A of the UEFA Europa League.

A graveyard of several bigger teams last season, the Aspmyra Stadion greeted a much-rotated Arsenal side with fireworks, with Bodø enjoying much early momentum.
The Gunners grew as a unit and went ahead through Bukayo Saka in the 24th minute when the England winger found space on the right after a succession of passes and played a deft one-two with Fábio Vieira before darting into the area and finishing via a deflection.

Amahl Pellegrino nearly got a quickfire equalizer shortly after the opener. He was played in a one-on-one by a long ball that evaded a ponderous Arsenal backline, but Matt Turner was quickly out of his area to nullify the threat and do his bit to ensure the Gunners led at halftime.

The American was on hand again shortly after the interval to keep Arsenal in front, with Pellegrino once more searing down the left and firing a shot aimed for the opposite corner.

This time he was on target, but Turner made a low save with his teammates’ hearts in their mouths. Any terror Arsenal might have felt in that moment was then repeated two-fold just before the hour mark, with Ola Solbakken firing over the bar from close range after another concentration lapse in the Gunners’ backline.
With Mikel Arteta sensing that his less-experienced first-teamers were struggling, the Spaniard brought on Granit Xhaka in place of Saka in an attempt to stem the worst of the pressure.

The change seemed to work, and Premier League stamina won the night, as Arsenal closed the game out to make it 11 UEL group stage away games unbeaten, additionally ending Bodø’s run of 14 successive home wins in continental action.