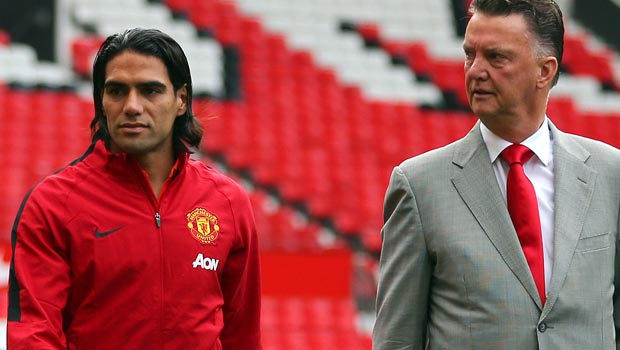 New Manchester United striker Radamel Falcao insists he is ready to hit the ground running after arriving from Monaco on loan.

The Colombia international will spend the rest of the 2014-15 season with the Red Devils and the deal is thought to have cost United between £5million and £6million.

The Old Trafford outfit have the option to buy the 28-year-old at the end of the campaign but for now Falcao is just looking to make an impact at his new club.

The former Porto and Atletico Madrid star missed the World Cup in Brazil with a knee injury but he says he is over the problem after being unveiled on Thursday afternoon.

“Yes, I feel well, I started to play a month ago with Monaco and I improved in the last month a lot,” he said.

“I scored a goal and it’s important to a striker. I’m confident with my physical condition and I am comfortable with my knee.”

He added: “I feel very good in myself and I am very happy to be here. I’ve had a great welcome.

“When you talk about a settling-in period, it makes it very easy when you are surrounded by quality players. I can’t wait to get started.”

Blind can play in defence and midfield and said he is happy to slot in where Van Gaal decides he wants him.

“It is up to the coach where I play but I will always try to do my best,” said the former Ajax man.

United entertain QPR on Sunday afternoon and are 1.27 favourites while the visitors are 10.27 to spring a surprise by beating the Red Devils, with the draw 5.40.