Quique Sanchez Flores to leave Watford at end of season 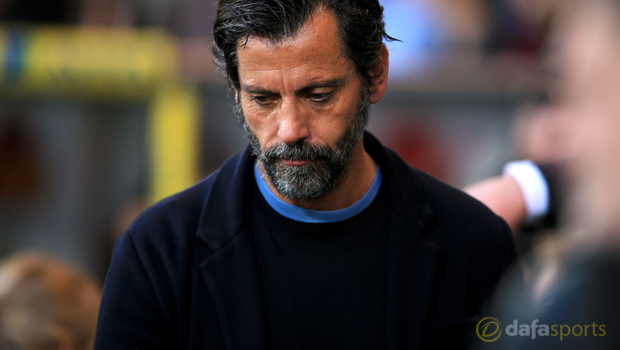 Quique Sanchez Flores has revealed he will leave Watford this summer because he and the board “don’t have the same point of view” about this season’s progress.

The Spaniard, who was only appointed last summer following the club’s promotion to the Premier League, was let go by Vicarage Road officials on Friday off the back of a poor run of recent form.

The Hornets have won only two of their last nine games in all competitions – including a 2-1 defeat by Crystal Palace in the FA Cup semi-finals – but are 13th currently in the Premier League table.

A club statement read: “We would like to thank Quique. He and the team achieved the target set them at the start of the season of staying in the Premier League for a second year.

Quique leaves with all our best wishes for the future and the knowledge he is always welcome at Vicarage Road.”

Reports have suggested former Inter Milan, Napoli and Sampdoria manager Walter Mazzarri has already been sounded out about the Vicarage Road vacancy, while Flores indicated he did not agree with the club’s decision to sack him.

“I’ve enjoyed it a lot at Watford,” the former Getafe manager told reporters.

“I thank the fans. It’s been amazing. I achieved the target but it’s football.

“I understand the board’s decision. The club and me don’t have the same point of view about the season. We have different conditions. “The only thing I can say is thank you to the fans.”

When asked about a move to summer move to Leeds United in the Championship, Flores replied:

“I don’t rule out anything. I would be happy to stay in England.

We will see.” Watford end the season on Sunday against Sunderland at Vicarage Road and are quoted 2.05 in the match betting.

The draw outcome is currently priced 3.60 and the away win is available to back at 3.60.