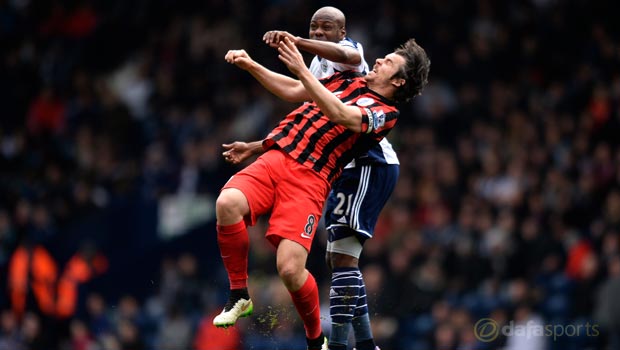 QPR skipper Joey Barton claims his side have been written off far too early in the fight to avoid relegation after recording an impressive 4-1 win at West Brom.

The R’s gave themselves a much-needed boost on Saturday at the Hawthorns as they picked up just their second away win of the season.

The emphatic victory moves Chris Ramsey’s men to within a point of safety with seven games left to play, with a massive relegation six-pointer to come against Aston Villa on Tuesday.

A victory over the Villans could be a must for QPR as they then face Chelsea, Liverpool and Manchester City in three of their next four matches.

Despite a tricky run of fixtures to end the season, Barton is confident Rangers can beat the drop if they can maintain the level of performance they showed against West Brom.

Barton said: “A lot of people have written us off but there is a tremendous amount of spirit within the group.

“We have got an awful lot of work to do, but performances and team spirit like that today gives us a hell of a chance.

“West Brom have been exceptional at home under Tony Pulis and it is not an easy place for anyone to come.

“Tony has come in and got them really well organised, and got them in a comfortable league position, and they have been very difficult to beat here, so the lads will take a lot of spirit from this.

“Today we took our chances and hopefully that will be a springboard for us to go on and put a run together, and make it difficult for teams in and around the relegation zone.”

QPR are 1.33 to be relegated from the Premier League this season, with bottom club Leicester 1.40 after they beat West Ham on Saturday.