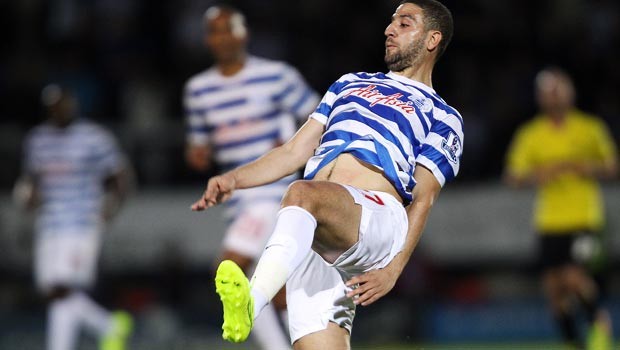 The Moroccan, who spent the second part of last season at Serie A giants AC Milan, has not started for the R’s since their League Cup defeat to League Two outfit Burton Albion, and has only made two substitute appearances in the league.

“I can’t protect people who don’t want to run and train, and are about three stone overweight,” said Redknapp.

“He played in a reserve game the other day and I could have run about more than he did. I can’t pick him.

Redknapp went on to say that only those who train well and remain focused on the task will appear for the R’s, who currently lie bottom of the Premier League, having secured just one win in their opening 8 fixtures.

He added: “I pick people who want to try, who deserve to be at a good football club like QPR, who come in every day and want to work, train and show a good attitude. When he starts doing that, if he ever can do it, maybe he’ll get a game.”

QPR’s next fixture comes at Loftus Road where they host an Aston Villa side who have lost 4 of their last 5. The R’s are 2.29 to get three points against Paul Lambert’s men.