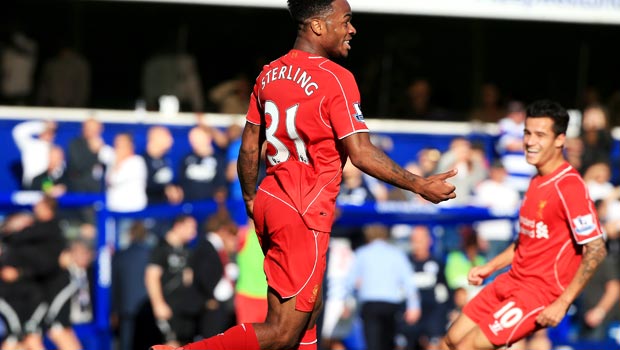 Real Madrid boss Carlo Ancelotti has dismissed media speculation linking his side with a move for Liverpool midfielder Raheem Sterling.

The 19-year-old England forward has risen to prominence for both club and country in the last 12 months, but has yet to agree a new deal at Anfield, and there have been recent reports suggesting that Los Blancos were keen to lure him to Spain.

However, Real boss Carlo Ancelotti has pointed out that they already have an abundance of attacking talent at the Bernabeu, and therefore sees no reason to sign Sterling, despite acknowledging his talent.

“Sterling is a player of great quality, certainly one of the best in Europe,” he told The Sun.

“But we already have extraordinary talent here.

“To think of another striker for the Real Madrid attack is really extremely difficult,” he added. “It’s clear that Sterling is not in our plans.”

The 55-year-old Italian is set to get a much closer look at Sterling when his side travels to Merseyside to face Liverpool in the Champions League on Wednesday.

Meanwhile, Reds boss Brendan Rodgers has recently said that he is “absolutely adamant” that Sterling will sign a new deal at the Anfield club.

“The boy is happy here, there are no secondary thoughts about anything else other than continuing to play for Liverpool,” Rodgers said.

“He must continue with his development because he still has a lot of growth and for that the best place for him to be is here.”

Liverpool are on offer at 3.79 to beat reigning European champions Real, with the visitors installed as 1.86 favourites to secure three points with the draw at 3.35.