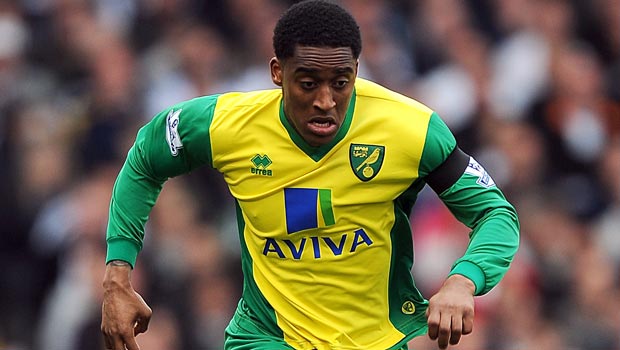 QPR boss Harry Redknapp has revealed that the newly promoted Premier League side are still chasing the signature of Norwich midfielder Leroy Fer as he looks to strengthen for the new season.

Fer joined the Canaries from FC Twente for an undisclosed fee in July 2013 but failed to do enough to keep the club in the top flight.

The Holland international, who featured once under Louis van Gaal at the World Cup, has attracted interest from a number of suitors across Europe.

Norwich are understood to be happy for the 24-year-old to leave this summer if the right price comes their way and Redknapp is keen to take advantage.

The R’s boss feels that Fer can add some stability to his midfield and further enhance his options for the long season ahead.

The former Tottenham boss revealed that QPR, who are priced at 2.50 to be relegated, have been looking at Fer all summer and he hopes to get the deal done soon.

“He’s [Fer] a player we like but I don’t know where that one is at the moment,” Redknapp told Sky Sports News.

“It’s been ongoing for a while but there are other people as well that we are looking at.

“I think we need a couple of midfield players and we have got other targets we are looking at.

“We need to strengthen in a few positions really to be strong enough to really have a go at it this year.”

The west London club have been linked with a range of targets over the summer but so far only Rio Ferdinand and Steven Caulker have been drafted in.