Crystal Palace: Pulis up for challenge 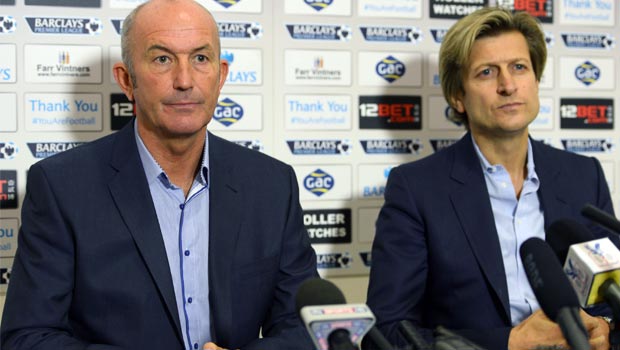 New Crystal Palace boss Tony Pulis admits he is out “prove people wrong” by keeping the club in the Premier League.

The Eagles have never spent more than one season in the top flight in a row and will need a massive improvement to claw their way out of the bottom three.

Crystal Palace‘s sluggish start to the campaign was compounded by the sudden departure of promotion-winning manager Ian Holloway a month ago.

However, the south Londoners only appointed replacement Pulis at the weekend, with the Welshman watching on as the side beat Hull City 1-0 at the KC Stadium.

Pulis’s first official game in charge will be Saturday’s winnable trip to struggling Norwich City which comes ahead of six Premier League games in December that include trips to Manchester City and Chelsea.

The Eagles are in trouble but Pulis, who has never been relegated as a manager, wants his new players to give everything to the cause.
He said: “Everyone expects us to get relegated and it will be nice to prove people wrong.

“I like climbing hills and this will be a tough job but one I will relish.

“I’ve spoken to [chairman] Steve Parish, we have six games before Christmas before the window opens and then there is an opportunity to wheel and deal.”

Pulis was available to take over after leaving Stoke in the summer following a number of successful season where he was known for a physical style of football.

He now has a month to identify his transfer targets ahead of the January transfer window as he looks to add some steel to a Palace side that has already lost nine out of 12 games.

The Eagles also need some firepower having managed just seven league goals to date – the worst form of any club so far this term in the Premier League.