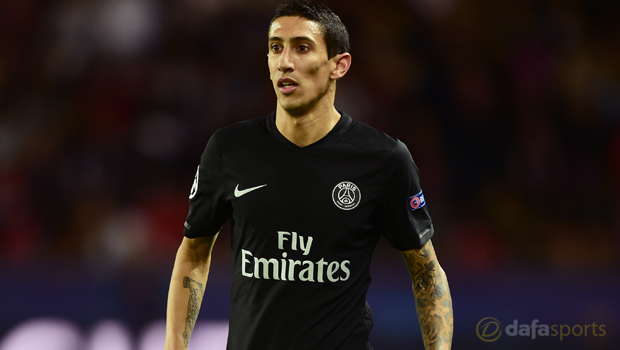 Angel Di Maria feels Paris Saint-Germain have the resources to win the Champions League although they need Lady Luck to shine on them.

The 27-year-old is currently in his first season with the Ligue 1 giants after an unsuccessful one-year spell with Manchester United.

He has bagged three goals from 10 appearances in all competitions to date – just one fewer than he notched in 32 outings for the Red Devils last term.

It appears as though the switch has done him good and the confidence that appeared to drain out of his body in the Premier League is now back oozing through his veins.

The Parisians are already seven points clear at the top of their domestic league, while they sit second behind Di Maria’s former club Real Madrid in Group A of the Champions League, with seven points from three games played.

Next up for Laurent Blanc’s men in Europe is the small matter of a trip to the Bernabeu to face Real on Tuesday, November 3, and they are priced at 5.50 to claim the points, with Rafa Benitez’s men on offer at 1.60.

The Argentina international feels that the Spanish giants’ style of play has altered significantly to when he plied his trade in the capital.

“Madrid are different. I think in the years I was there we had ups and downs. The last year was spectacular, winning La Decima,” he said. “It’s quite different at PSG to playing under Carlo Ancelotti (at Real). With Carlo we had the ball but we were always looking to counter, due to the characteristics of the players.”

PSG can compete with the big boys in Europe financially but, like Manchester City, have yet to convert their resources into European trophies.

But Di Maria is adamant that, with the wind in their sails, they could cause a few ripples in Europe’s top club competition.

“PSG have the players to win the Champions League,” he added. “You need that little bit of luck. The team has the quality, but needs the luck.”