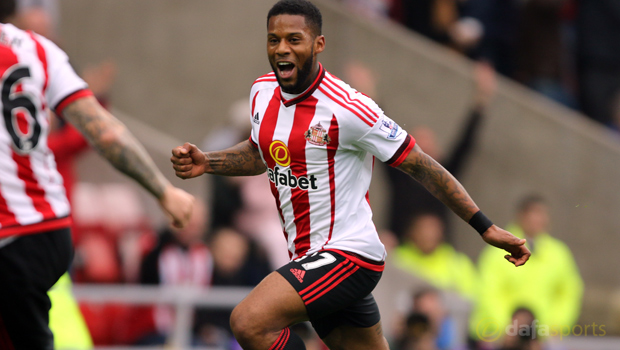 Jeremain Lens feels he is now starting to adapt to life in the Premier League and believes he could become a big player for Sunderland.

The 27-year-old was a big-money summer capture for the Black Cats, moving from Dynamo Kiev to the Stadium of Light on a four-year deal.

But he has yet to hit the heights for the Wearsiders, with just two goals from seven top-flight appearances, while he was sent off in the 2-2 draw with West Ham – former boss Dick Advocaat’s final game in charge of the club.

The former PSV winger was criticised by the Dutchman for his work-rate and, in particular, a failure to track back and help out his defence, but with Sam Allardyce now at the helm it is unlikely he will be allowed to get away with that sort of attitude any more.

The Amsterdam-born wide man has suggested that his early-season malaise in alien conditions may now be a thing of the past.

“The level of the game, the high speed of the game here is a big difference,” he said. “It’s something I need to adapt to and find my right condition.

“I have the feeling that game-by-game I’m getting in better shape and think I can be important for this team.”

Lens now hopes that the derby triumph over Newcastle can be a springboard to further success as Sunderland set about the task of climbing the table.

“It’s too soon to say a corner has been turned,” he added. “But with winning a game, everything can change.”

Sunderland are next in action when they travel to Goodison Park to take on Everton on Sunday and are 7.00 to beat the Toffees, with the hosts on offer at 1.50.