PSG talisman Zlatan Ibrahimovic on the back-foot over outburst 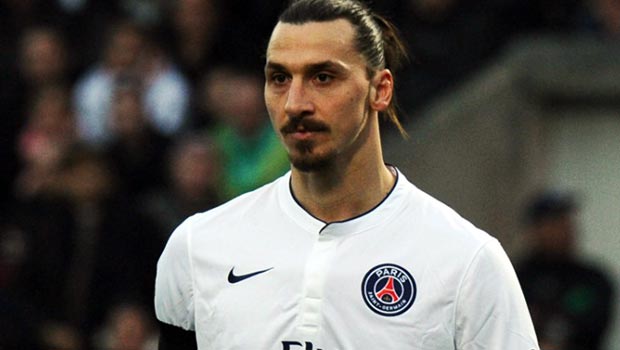 The 33-year-old was quoted in the tunnel in a broadcast by infosport+ as saying France “does not deserve” the champions in response to his side’s 3-2 Ligue 1 defeat by Bordeaux on Sunday. The Sweden international also let fly with a scathing attack on referee Lionel Jaffredo’s performance.

In an interview with L’Equipe later, Ibrahimovic said he got carried away by the defeat and apologised for his outburst.

“I wanted to say that my comments were directed neither towards France nor towards the French,” the Swedish striker said.

“I talked football and nothing else. I lost the game, and I accept it but I do not agree when the referee does not follow the rules. This is not the first time that this happens.

“I was speaking at the height of my anger and everyone knows that at that time, words can exceed thinking. I apologise if anyone felt offended.”

Ibrahimovic’s brace was not enough to prevent PSG from slipping to a third defeat of the season in the French top flight, which leaves them two points adrift of leaders Lyon.

The former Barcelona and Internazionale striker also found himself at the centre of controversy last Wednesday when he accused Chelsea players of acting like “babies” after he was sent off as PSG knocked the west Londoners out of the Champions League.

“When you [the media] are angry, there is not necessarily a microphone around you. Otherwise, there might be things to say,” Blanc told reporters.

“There is a context. We talk a lot about refereeing. In my opinion we talk too much about it.

“But, I often look at the statistics after the games. And despite a possession of ball that is clearly superior to the opponent – although that was not the case in this game [against Bordeaux] – PSG has more yellow cards than the opponent.”

Paris Saint-Germain are currently priced 11.00 in the Champions League outright betting and Ibrahimovic is quoted 151.00 in the leading goal-scorer market.