Arsene Wenger won’t give up on Champions League 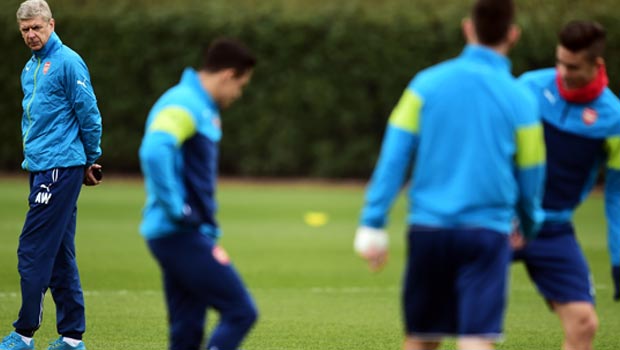 Arsene Wenger and Olivier Giroud have joined forces to insist Arsenal can overturn a first-leg deficit against Monaco and keep alive their Champions League dream.

The north Londoners travel to the Stade Louis II on Tuesday hoping to avenge a 3-1 defeat against the Ligue 1 side at Emirates Stadium last month. It means the Premier League top-four chasers must do what no other side has managed in the Champions League era, namely win having gone into an away tie needing to score more than once to avoid elimination.

This is Arsenal’s 15th consecutive appearance in the last 16. However, Wenger’s men lost at this stage in each of the last four seasons and the Frenchman knows his players will have to deliver against his old club.

Wenger said: “We have a massive challenge but we will give absolutely everything to try and go through.

“They are favourites but we can reverse it. We have to make sure the spirit, the belief and the desire is there.”

France striker Giroud shouldered a lot of the blame for the first-leg defeat after he wasted a number of chances.
The former Montpellier star has responded by scoring in each of the three games he has started since then – including the opener in a 3-0 win against West Ham on Saturday.

He said he was relishing a return to his homeland and the chance to send Monaco packing from Europe’s premier club competition.

He told reporters: “I take a lot of pressure on the pitch. But when I ‘miss’ a game, if I can say that, you know I try to bounce back as quick as I can.

“If you let the doubts enter your head it’s even more difficult to cope. There are always tough moments like that because we do a hard job.

“You have to question yourself every week and bounce back. I try to show my answer on the pitch with my mentality.”

Monaco are currently priced 3.10 in the match betting and the draw outcome is quoted 3.30. Arsenal are available to back in the 90 minutes market at 2.25.