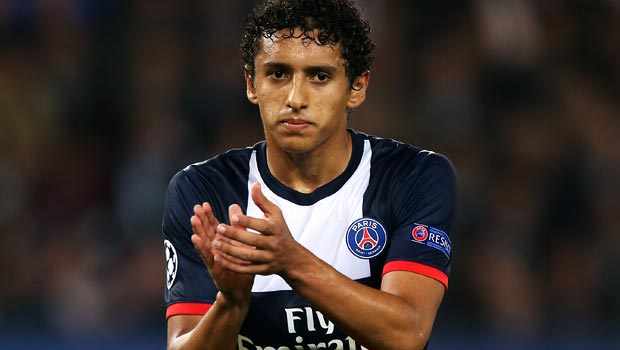 Paris Saint-Germain defender Marquinhos is remaining coy on his future at the Ligue 1 champions and insists that he will wait until the completion of the Toulon tournament.

Brazil have of course progressed all the way through to the final and will take on France on Sunday, with the Selecao priced as 2.26 favourites with Les Bleus available at 3.08 and the draw at 3.20.

Marquinhos has made a rapid rise in the game having impressed at Roma in Serie A, before enhancing his reputation in Le Championnat after PSG splashed out more than £30m for his services.

David Luiz’s imminent arrival at the Parc des Princes will put added pressure on his place in the French champions’ side, with Thiago Silva and Alex already at the club.

Marquinhos has certainly caught the eye of some of Europe’s top clubs with Barcelona already linked with the youngster as they look to replace Carles Puyol, while Manchester United have been credited with an interest, particularly having lost Nemanja Vidic and Rio Ferdinand this close season.

PSG may of course be looking to recoup some money if their move for Chelsea’s Luiz goes through, but Marquinhos is remaining coy on his future for the time being.

“I’m very focused on this championship. It’s important to me, to wear the Brazil shirt,” Marquinhos told Globo Esporte.

“This group is strong and we want to be champions.

“I always want to evolve and grow but I need to talk to my agent and PSG about my future.

“I’m pleased Barca think of me. It proves I’m doing my job on the pitch.

“When I’ve finished this tournament I’ll speak with my agent and PSG and we will decide on my future.”