Cesc Fabregas future could be a long runner 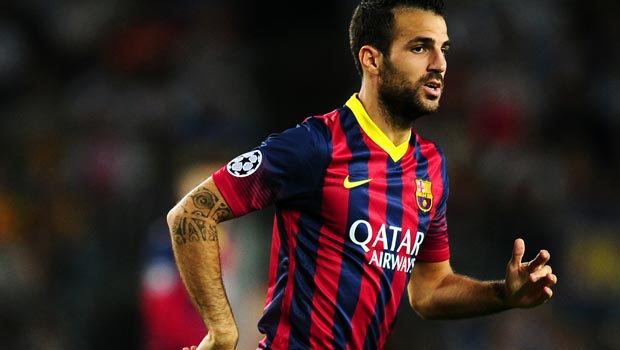 The future of Cesc Fabregas could be one of the major transfer stories of the summer after Barcelona reportedly put the former Arsenal ace up for sale, with a return to the Premier League seemingly a foregone conclusion.

Fabregas left the Emirates for Barcelona in 2011 for £35m and although he has featured heavily for the Catalans, he has found it difficult to nail down a starting place.

His versatility has only been a benefit but with the likes of Xavi, Andres Iniesta, Neymar and of course Lionel Messi in the side, the 27-year-old has struggled to start when all are fit.

There is of course a new era at the club though following the appointment of Luis Enrique as head coach in the wake of a rare trophy-less season and reports claim that the Barca hierarchy has reportedly made potential suitors aware of Fabregas’ availability, with the bidding set to start at £30m.

Arsenal do have the first option to buy him back from their initial sale to Barcelona but whether they would want him back remains to be seen, although there would be no shortage of offers.

Manchester United of course tried to lure him to Old Trafford last summer but were rebuffed in their attempts under David Moyes, although new manager Louis van Gaal may have other ideas.

Manchester City are reportedly considering the potential departure of Yaya Toure and preparing for life without the Ivorian, while Liverpool are also keeping tabs but any further progress may depend on whether they land first-choice target Adam Lallana

With Fabregas set to depart for the World Cup in Brazil with defending champions Spain, it is unlikely that a move will happen any time soon but it is sure to take up plenty of column inches over the summer.