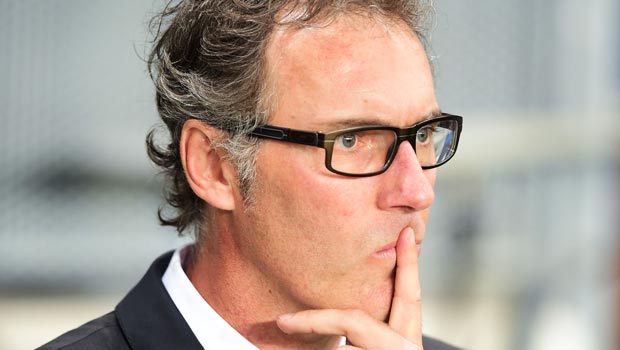 Laurent Blanc will tell his Paris Saint-Germain players there will be no time for star-gazing when Barcelona visit Parc des Princes in the Champions League on Tuesday.

The former Barca defender knows his players are under pressure to deliver a result against the Catalan capital giants and is hoping victory will go some way to quelling speculation about his future off the back of a poor run of form which has yielded just one win from their last five games in all competitions.

The 48-year-old World Cup winner has demanded his players get on the front-foot and deny the La Liga title-chasers time to dictate the game.

He said: “We’re missing a bit of aggression, I think, especially when we don’t have the ball. We’ll have to be particularly strong in that area because we know that when Barcelona have the ball, it’s very, very difficult to get it back.”

PSG’s cause is not helped by a heel injury sustained by Zlatan Ibrahimovic which means the talismanic Sweden striker will not play against his old club.

Blanc added: “Zlatan is still nursing his heel injury, he didn’t train this morning. That’s very unfortunate, but I had prepared with this in mind. It’ll be difficult without him – it always is – but we’ll have to make do and we have some very talented forwards. We’ll have to compensate with a great team performance.”

Blanc won the Supercopa de Espana, UEFA Cup Winners’ Cup and Copa del Rey in a one-season spell with the Spanish giants and holds fond memories of his time in Catalonia, but insists he has his own agenda on Tuesday.

The former France defender added: “I did play for Barcelona, but that was a long time ago and I only spent a season there. Tomorrow my aim will be to beat them and I think we have the quality to do it.”

Paris Saint-Germain are currently priced 3.96 in the match betting and the draw outcome is quoted 3.45. Barcelona are available to back at 1.97 in the 90 minutes market.