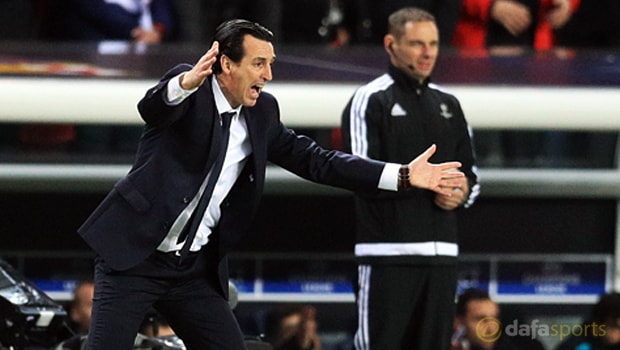 Unai Emery says both he and Paris St-Germain must learn from the “negative experience” of their Champions League collapse in Barcelona.

The Ligue 1 champions carried a four-goal advantage from the first leg in France into the second leg in the Catalan capital but they lost 6-1, meaning their wait for a Champions League quarter-final appearance goes on.

PSG were on the ropes as Luis Suarez, an own-goal from Layvin Kurzawa and Lionel Messi’s penalty gave Barcelona a 3-0 lead after 50 minutes.

It seemed as though the disaster had been averted when Edinson Cavani lashed home a crucial away goal on 62 minutes, leaving the hosts needing three more goals to advance.

There was little sign of the miracle that was to come before Neymar curled home a delicious free-kick on 88 minutes.

The Brazilian forward scored from penalty spot a couple of minutes into stoppage time and then turned provider as Sergi Roberto volleyed home with almost the last kick of the game to seal an historic turnaround.

Paris St-Germain are the first side in Champions League knockout history to throw away a four-goal first leg lead and be knocked out.

Former Sevilla boss Emery felt his side had weathered the storm and, while he wasn’t happy with some of the late decisions from the referee, he has vowed to learn from the experience and move on.

“When we analyse it, it is true that we have missed a major opportunity. The first half was our fault and we didn’t manage to press or do things with the ball,” he said.

“We were calmer in the second half and better positioned. We improved and had a chance for 3-2.

The refereeing decisions went against us and we lost everything in the closing minutes. Barcelona are capable of doing that. It was all or nothing for them in the final minutes.

“It’s a negative experience for me and for the club. We need to learn from it.”

Barcelona are now 3.75 to win the Champions League this season, with defending champions Real Madrid at 6.00.