Pep Guardiola has no regrets over Stoke selection 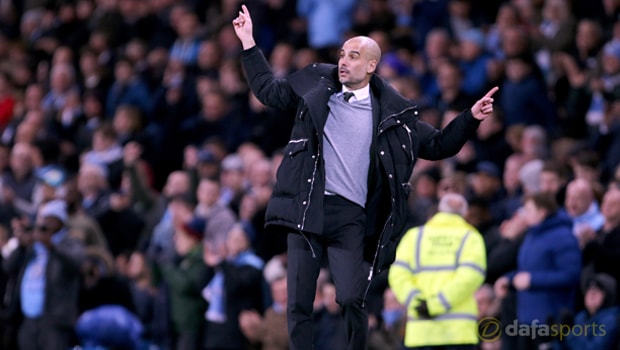 Pep Guardiola stands by the team he selected despite Manchester City’s failure to beat Stoke City at the Etihad Stadium.

The Citizens were held to a goalless draw on Wednesday by a resilient Stoke side.

Guardiola, with one eye on upcoming FA Cup and Champions League games, opted to leave David Silva on the bench and Raheem Sterling did not make the matchday squad.

City had chances to win the game but could not find that elusive first goal.

Some of their clearest opportunities came after Silva was sprung from the subs bench in the second half to replace Jesus Navas.

Guardiola insists he had little choice but to make changes given City’s hectic schedule of games.

“[Silva is] a special player and gave us more opportunities in the game to create more chances, but unfortunately we could not win,” Guardiola said.

“I had to take decisions before the game, but we play every three days a lot of games and that’s why we have to bring in other players to play.”

According to the Spaniard, City’s final pass was not good enough to unlock Stoke’s defence and he says they must refocus with two more challenges facing them in the coming days.

“We missed the last pass or action but created enough to win the game, but unfortunately we could not,” Guardiola added.

“They defended with ten players back and tried long balls all the time, and we were not able to overcome that situation.

“But we keep going, in two-and-a-half days we have the [FA Cup quarter-final] at Middlesbrough and then we go to Monaco [in the Champions League].”

Manchester City are 4.00 to win this season’s FA Cup while they are 12.00 to hoist the Champions League trophy in Guardiola’s first season.