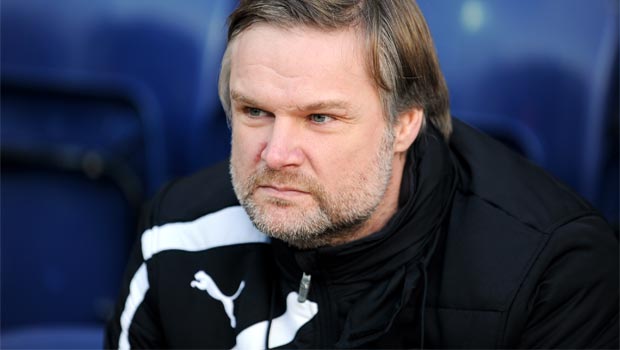 Coventry boss Steven Pressley has urged his side to take the game to Arsenal in tonight’s FA Cup fourth-round tie at the Emirates.

The mid-table League One outfit go into the game with the odds heavily stacked against them – they are available at 18.78 – but have only lost one of their last 11 games in all competitions.

So despite 57 league places separating the Sky Blues from the Premier League leaders, Pressley does not want his side over-respecting their star-studded opposition.

“I don’t want my players shirt-swapping at Arsenal, I’ve spoken to them on that,” Pressley told The Express. “This is a great experience for us, but it is about winning and we have to go there with that mentality.

“It is an enormous task. If you look at the stats, only two of the last eight Premier League sides have managed to break through at Arsenal and get a goal.

“But I do think with the young players and the mentality we have we can get something – I honestly do – we have to have the belief.

“You must have the courage to play and play under pressure, because if you don’t it will become relentless waves of attack and they’ll find the breakthrough.”

Arsenal will be without Aaron Ramsey (thigh) and Mikel Arteta (calf) for the fourth-round contest, while Tomas Rosicky (broken nose) has joined the club’s list of absentees.

But Nicklas Bendtner has shaken off an ankle injury and will be included in the squad after training as normal throughout the week.

Pressley added: “It would be the club’s finest ever result – and that’s including 1987 when Coventry won the cup, because the circumstances were completely different then.”