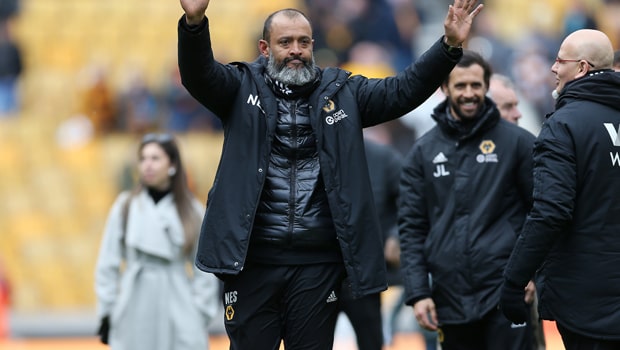 Wolves coach Nuno Espirito Santo has piled the praise on his team as they move closer to securing European football this season.

The Midlands outfit will now finish seventh in the Premier League table after Leicester City’s 1-0 defeat to Manchester City on Monday night.

Nuno’s men have still to confirm their place in Europe though and they will need City to beat Watford in the FA Cup final later this month.

Wolves last played in Europe during the 1980/81 campaign and Nuno claims his team deserves all the praise they get after their dramatic rise from the Championship.

Nuno added some players to his ranks last summer, but the Portuguese manager believes the whole squad have played their part.

“It’s everybody, this is important. It’s a building process. It’s a long, long process. It started two years ago, and we’ll never forget where we came from, being in the Championship.

“We did it, but it’s how we did it with the same people. Everybody helps the process.”

Wolves will end the campaign with a trip to Anfield and they will be doing all they can to stop Liverpool’s title charge.