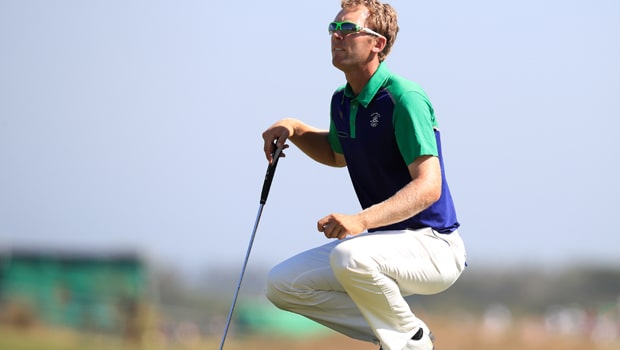 Ireland’s Seamus Power is confident he can still qualify for the US PGA Championship after another fine display on the PGA Tour at the Wells Fargo Championship.

The 32-year-old was in contention throughout the week, but he just missed out on a top-10 finish on Sunday afternoon.

He missed the cut at seven successive tournaments, but he backed up last week’s sixth placed finish at the RBC Heritage with another good round in Charlotte.

The Waterford-born ace has never won on the PGA Tour but a win at this week’s AT&T Byron Nelson would guarantee him a place at the second major of the season.

He told the Irish Independent: “It was probably the first tournament I have played on the PGA Tour where I was in contention all week.

“After a good, solid start, I was up there all the time, so that was encouraging. I’ve had high finishes before where I have had a good last round, but never really had a chance of winning.

“But this week, I was up there all week and in amongst it, playing with some of the bigger names. That’s enjoyable and that’s why you practise, to try and beat those guys. It was fun.

“I will keep trying to improve and do all that good stuff. The Majors and PGAs will happen if I can keep doing the right things.”

Power is available at odds of 81.00 to win the event, while Brooks Koepka is the 7.50 favourite to go all the way and lift the trophy.