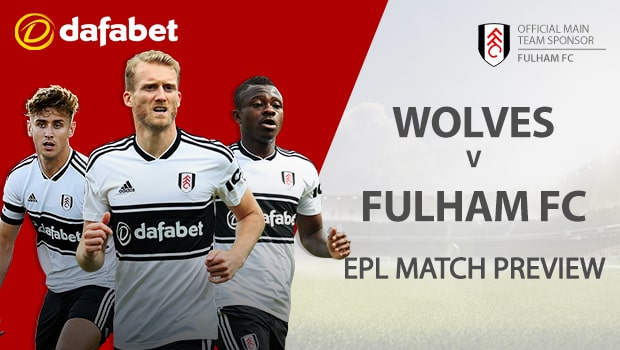 We’ve got a pair of teams in Wolverhampton and Fulham riding winning streaks into this weekend’s matchup at Molineaux.

Draw: There’s a 23 percent chance the match ends in a draw. There’s a draw in 24 percent of AccuScore sims, suggesting some added side value on the draw, but not much.

Last 6: Wolves have 3 wins, 2 losses and 1 draw in their last 6 overall. They’re coming off back-to-back wins vs Watford and Arsenal. Fulham, with a 3-match win streak, have 3 losses and 3 wins in their last 6.

Some Numbers: Fulham are No. 3 in the league this season in offsides calls. While this can often indicate a lack of discipline, it also shows how often a team pushes to score. For Fulham, it’s the former as they are No. 17 in the league in goals scored.

Not much value on this pick, but the talent disparity is just too much to overlook. Simulation data does project a slightly closer matchup than do offshore picks, but the Wolves should still win. This is a 2-star (out of four) hot trend pick.