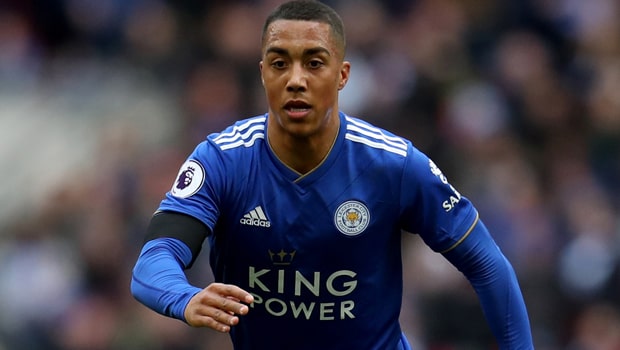 On-loan Leicester midfielder Youri Tielemans has reiterated that he will not make a decision on where his future lies until the end of the season.

The Belgium international has been a revelation since arriving at the King Power Stadium on loan from Monaco in January, scoring three goals and providing four assists from his 11 Premier League appearances to date.

Tielemans’ impressive form has led to speculation linking him with a move to a number of clubs, including Arsenal and Tottenham, while Leicester are also interested in turning his loan move into a permanent transfer.

The 21-year-old will certainly be highly sought-after during the summer, but he is keeping his cards close to his chest for the time being, while also providing assurances that he is enjoying his time at Leicester.

“I am feeling the love of the fans,” Tielemans told the Leicester Mercury. “I hope it will be the same in the last two games and then we will see.

“I will give the same answer, I will see at the end of the season. I am just enjoying every day here and we will see what happens in the summer, after these next two games.”

Tielemans also confirmed there is no option to buy in the deal that brought him to Leicester, which means the final two matches of the season against Manchester City and Chelsea could be his last in a Foxes shirt.

Leicester could potentially derail Man City’s title hopes by taking something off the reigning champions at the Etihad Stadium on Monday. Brendan Rodgers’ side are priced at 17.00 to win the match, while City are available at 1.15 and the draw is on offer at 8.00.