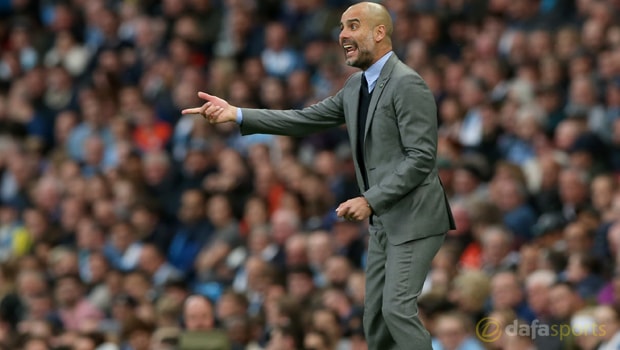 Manager Pep Guardiola admits his Manchester City side need to be more clinical in front of goal if they are going to challenge for the Premier League title next season.

Guardiola took charge at the Etihad Stadium last summer and City were quickly installed as one of the favourites to lift the Premier League title for the first time since 2014.

However, the Citizens have fallen well short of the mark this season with Chelsea clinching the title whilst Tottenham Hotspur have guaranteed second place going into the final day of the campaign.

It has been a frustrating debut year for Guardiola and failing to win a trophy would have most likely spelled the end for a manager at City in previous seasons.

But, the former Barcelona and Bayern Munich boss will be given a chance to redeem himself and the blue side of Manchester are the 3.25 favourites to win the title next term.

City are blessed with a plethora of attacking talent, with Gabriel Jesus, Sergio Aguero, David Silva, Leroy Sane and Kevin De Bruyne all on the books, but Guardiola says his players need to find the back of the net more often.

“I have learned you have to score more goals,” he was quoted as saying by talkSPORT. “Especially at home we dropped a lot of points.

So, we have to play a little bit better to create more chances to score goals if we want to reduce that gap.

“Then maybe our gap against Chelsea and Tottenham will be shorter. If we don’t, it will be the same.”

Defending champions Chelsea and Manchester United are both priced at 4.33 to win the title next season whilst Liverpool and Spurs are available at 9.00.