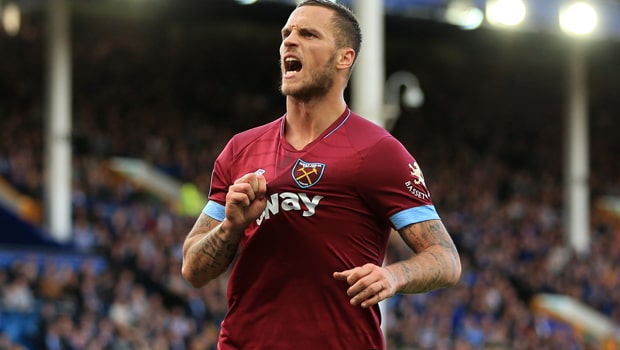 Striker Marko Arnautovic is ‘not for sale’ according to West Ham, despite rumours linking the Austrian with a move to China.

Manuel Pellegrini denied that a move would be forthcoming, before the Hammers issued a formal statement insisting their player will be going nowhere.

Arnautovic’s agent and brother, Danijel, meanwhile has told the club the player has a ‘great desire’ to move to China.

The Hammers have received a £35m bid for the Austrian from an unnamed side in China but, despite that being almost double what they paid Stoke, they are not keen on a sale.

A West Ham spokesperson said: “Marko has a contract and we fully expect him to honour it. He is not for sale.”

The 29-year-old has scored seven Premier League goals this season despite being interrupted by injury.

His current deal ties him to the London Stadium until 2022. Pellegrini admitted on Thursday that keeping Arnautovic in the long-term might be tough but, according to his brother, he wants to leave sooner rather than later.

“West Ham bought Marko for peanuts. They paid £20m for him, which is nothing in the current market,” said Danijel Arnautovic.

“They bought him to keep them in the Premier League last season and he did that. He took every award at the club; best player, signing of the season and the players’ award.

“Now West Ham have a fantastic offer. It is close to double what they paid for him.

“He wants to go to a new market and challenge for titles.” West Ham are 3.40 to beat Arsenal at home on Saturday. The Gunners are favourites at 2.05, while the draw is 3.75.