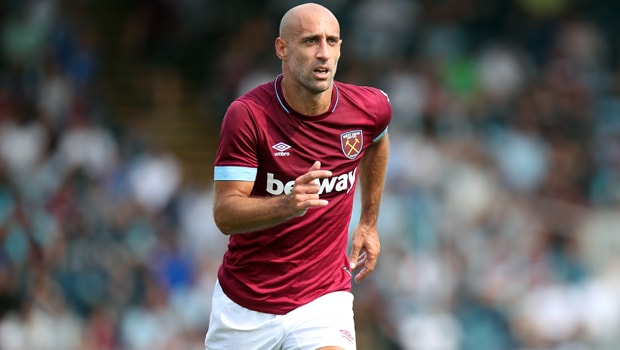 West Ham defender Pablo Zabaleta has called on his team mates to win their psychological battle and start winning games.

The Hammers fell to their second defeat of the season on Saturday as Bournemouth took all three points away from the London Stadium.

Marko Arnautovic did get proceedings off on a positive note when he put the home side ahead from the penalty spot after Javier Hernandez had been brought down in the box by Nathan Ake.

However, the game turned in the space of six second-half minutes when Callum Wilson and Steve Cook netted to give the Cherries a 2-1 victory.

West Ham, who are priced at 6.50 to be relegated, were unable to fight their way back into the clash and ultimately had to endure a second defeat under new boss Manuel Pellegrini.

After struggling to find a level of consistency last term, Zabaleta is wary of another potential relegation scrap and has urged the squad to overcome their mental battle.

“We’re disappointed of course,” the Argentinian told West Ham TV. “We’ve not had the greatest start to the season.

Today was our first home game, in front of our fans, and we were positive for the game. We were thinking today was a good chance to get three points, but we had the same old problems.

“I think, psychologically, we need to change a little bit as a team. I thought we had a good 45 minutes. We were good, we were intense. But in the second half we didn’t have the same intensity, and we gave them the chance to score goals. That is what we have to improve on this season.

“We cannot be afraid when we are winning. We need to carry on playing in the way that we did in the first half.”