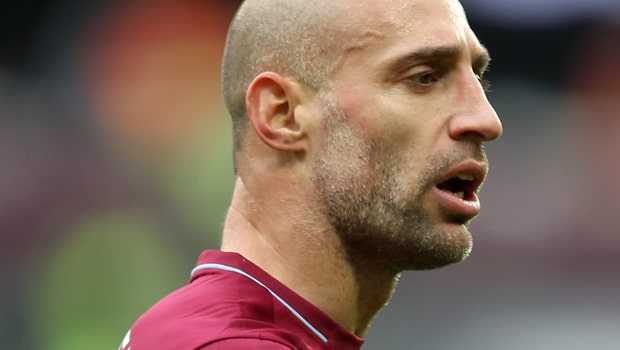 West Ham United right-back Pablo Zabaleta has urged his team to get their season back on track against Liverpool as they try to push towards the top seven in the Premier League.

The Hammers have lost their last three games in all competitions and Manuel Pellegrini’s troops are now 12th in the league table.

A win on Monday night would lift them back into the top half of the table but consistency is an issue for the London outfit this season.

Defeats to Bournemouth and Wolves have put more pressure on Pellegrini’s shoulders but Zabaleta is adamant European football could be on the cards.

West Ham are just seven points off the top seven and Zabaleta insists his team are not out of the running just yet.

“It is going to be difficult because it’s a team that is top of the league,” Zabaleta told Skysports. “Against the top teams, we’ve been playing really well. But we’ve failed three or four times to get that seventh position.

That’s something we’ve been talking about, how good it would be to finish seventh and to try and play in the Europa League next season.

“If you want to have a good season, you just need that consistency and be able to play well enough week in week out.

“We just need to find that consistency if you want to be a better team. Every player needs to be on it, they have to feel proud to play for West Ham and to make this club better.”