Rickie Fowler in command in Phoenix

Posted by Jason Stepford on February 3, 2019 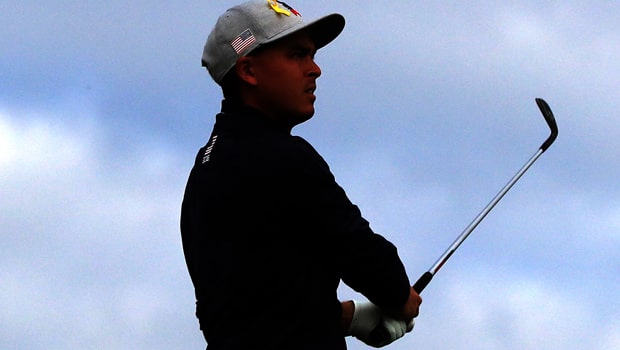 Rickie Fowler will take a four-shot lead into the final round of the Waste Management Phoenix Open.

Fowler carded eight birdies at TPC Scottsdale to move onto 20-under par but the chasing pack will be looking to upset his rhythm during the final round on Sunday.

Fellow American Matt Kuchar, 6.50 to win, is his closest challenger on 16-under par, while Justin Thomas is a shot further back on 15-under.

Byeong Hun An and Branden Grace are fighting it out for the top 3 on 13-under but Fowler will need to make a number of mistakes during his final 18 holes.

Fowler admits he has been working hard on his swing and he insists the extra training is paying off. “It’s been nice to kind of have some things click on the swing this week,” said Fowler.

“We have been working on some things pretty hard and trying to just get into some better positions to make things more efficient and ultimately more consistent.

“I still wouldn’t say it’s perfect by any means, we still continue to work on stuff, but at least being in a good spot where things are starting to feel good, and I’ve done a good job of kind of everything this week.

“Nothing’s standing out as super special, I’m just playing solid golf and when I’ve got into trouble I’ve been able to get the ball up-and-down most of the time.

I’ve been putting well and hitting a lot of good putts as far as the ones that I miss they’re more just misreads, if anything.

“So I’m looking forward to tomorrow. We got 18 holes left, a lot of work, but we’re in a good spot.”