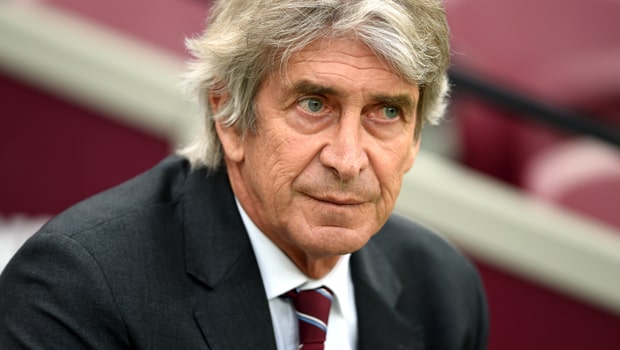 The teams meet at the London Stadium on Saturday, and, since their 1-1 draw at King Power Stadium in October, Leicester have replaced Claude Puel with Rodgers, who left Celtic to return to the Premier League.

The Foxes were struggling for points until Puel’s dismissal but since Rodgers took over they have won four out of six matches and are in with a chance of European football next season.

They sit seventh in the table which would be good enough for Europa League football next season if Manchester City beat Watford in the FA Cup final next month.

Pellegrini is clear that they have become much more of a threat since Rodgers’ arrival.

He said ahead of the visit of Leicester: “The results of Brendan have been very good, he knows the Premier League and Leicester is a very good team.

“They have good players and they won the Premier League a couple of years ago so it will be a difficult game against a team with technical players.

“They now play with a lot of trust and before they were not in a good moment but it will still be a difficult game.”

Leicester are one of four teams chasing seventh place with just one point separating the Foxes, Wolves, Everton and Watford.

Behind them in 11th are the Hammers who have lost the last three games, their last victory coming last month when they beat Huddersfield 4-3 at home.