Jan Siewert: Terriers are not thinking about relegation 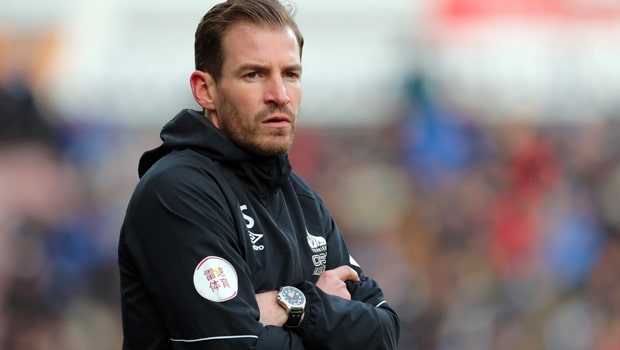 Huddersfield Town are one defeat away from dropping out of the Premier League, but manager Jan Siewert says they aren’t thinking about relegation.

The Terriers face Crystal Palace at Selhurst Park on Saturday knowing they will drop to the Championship should they lose and Southampton and Burnley, who play Brighton away and Wolves at home respectively, both win.

Siewert inherited a tough gig from David Wagner in January and, so far, he hasn’t been able to mastermind a turnaround. Before the international break, Huddersfield surrendered a 3-1 lead at West Ham as they eventually lost 4-3 at the London Stadium.

It was their 23rd league reverse of the season. They have only 14 points and are rock bottom of the table and they’ll become just the second team to be relegated in March should things conspire against them on Saturday.

They would also equal Derby County’s unwanted record of relegation after 32 games. Siewert however says the only focus for his players this week has been on their game plan to defeat Crystal Palace.

“No [we are not thinking about relegation],” he said.

“Nothing has changed for us. We have a game this weekend and we’re preparing to go and try to win. “Why would we talk about something which is not important in terms of the next game? “Of course we have a long-term view, both as a club and me as a manager, but the focus is on the next opponent.”

Despite a late brace from Javier Hernandez condemning them to defeat last time out, Siewert says it is important for Huddersfield to see the positives in that performance – namely scoring three goals.

“It was good to score three goals,” he said. “It had been a long time since we last scored three goals. It was positive to go there and be leading until the end. It was a good performance from our side.”

Huddersfield are 8.00 to win at Selhurst Park, with Palace strong favourites at 1.44 and the draw trading at 4.33.