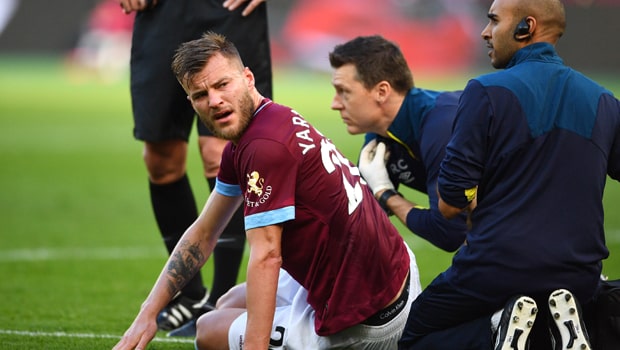 West Ham manager Manuel Pellegrini has confirmed that winger Andriy Yarmolenko will not return this season.

The Ukraine international suffered a torn Achilles against Tottenham in October, just months after joining the club for £18million from Borussia Dortmund.

There had been hopes that the 29-year-old would return before the end of the season, but Pellegrini says he sees no point in rushing him back.

Yarmolenko will now be given time in his bid to return to full fitness, with the Chilean coach ready to push him in pre-season.

He told reporters: “Yarmolenko is working very well, he has no pain, he is running and kicking the ball, but maybe it will be too soon for him to play before we finish,” said Pellegrini.

“The Achilles tendon is one of the worst injuries you can have because you cannot go faster, you must exercise the ligament and then wait.

“To play this season I don’t think would be good for him. It would be better to do a very good pre-season.

“If you return after a long injury you get muscle injuries. He must be calm and wait for next season working hard, and we will see the player that we brought because he is a very good player.”

Fellow midfielder Jack Wilshere has not played since December and he is set to return to training next week.

Colombia international Carlos Sanchez is also due back and their returns will be a timely boost for the final few games of the campaign. West Ham are next in action on Monday night when they take on Chelsea at Stamford Bridge.