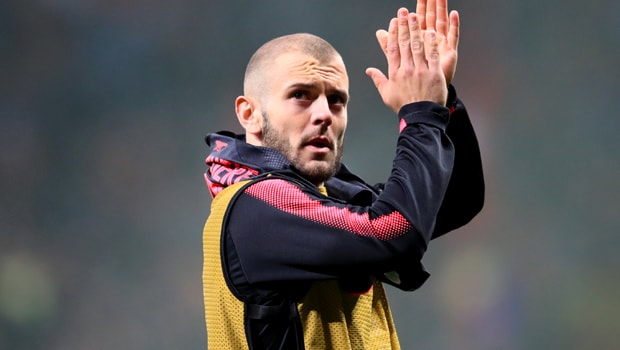 Midfielder Jack Wilshere says it is clear West Ham’s owners are eager to take the club on to the next level based on the busy summer of recruitment.

West Ham managed to stave off the threat of relegation last season after picking up towards the end of the campaign and the owners have been working hard this summer to ensure the supporters enjoy a better year.

Former Manchester City boss Manuel Pellegrini was brought in to replace David Moyes and the new man in charge has been very active in the transfer market.

England international Jack Wilshere and talented right-back Ryan Fredericks were both snapped up on free transfers after the duo rejected new contract offers from Arsenal and Fulham respectively.

A further five signings have also been made at a combined cost of nearly £100million, with Felipe Anderson, Issa Diop, Andriy Yarmolenko, Lukasz Fabianski and Fabian Balbuena all arriving at the London Stadium.

There seems to be some real positivity ahead of the new Premier League season and Wilshere, who ended his 17-year stay at Arsenal this summer, is excited by what he has seen so far.

“I think [I sense an air of change at West Ham],” he said at a press conference.

“I think it’s one of the main reasons I came here. With a manager like Manuel, who has won the Premier League and managed top clubs across Europe.

“Once he was appointed, it was obvious the way the owners wanted the club to move forward, and I wanted to be a part of that.”

West Ham kick off their season away at Liverpool on August 12 and the visitors are 9.50 to get the win, a draw is priced at 5.25 while the Reds are 1.30 favourites.