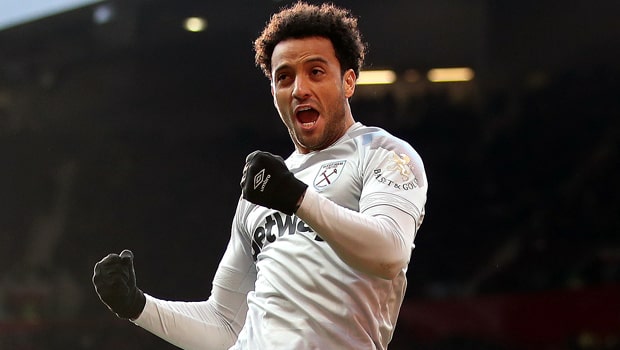 Felipe Anderson says that he is intent on building on a solid first season for West Ham and is hoping he and the team will improve in 2019-20.

The Hammers’ record signing, moving to London from Lazio last summer, the Brazilian struggled initially to find his feet in the Premier League.

However his form turned towards the end of the year, showing what he was capable of with six goals in nine games and he was instrumental as the Hammers secured a top-10 finish in the Premier League, secured by beating Watford 4-1 away on the last day of the season.

It was therefore a satisfying first season for Anderson, as well as boss Manuel Pellegrini, and the Brazilian says he is confident there is more to come from the side next season.

He said: “I think it was because we started to see our potential, how good we could be and that made us believe in ourselves way more. It was good but I think we can still improve a lot more.

“This team has a lot of potential, it has a lot of talent that we didn’t manage to consistently show in matches so there’s a lot to improve.”

The Hammers started the Pellegrini reign terribly, losing their first four league games, but recovered from that point on and stayed well clear of relegation trouble.

They ended the season by winning their last three games and Anderson himself played in 36 of the 38 league games, scoring nine goals and getting five assists.

West Ham begin pre-season with a fixture away to Austrian side SCR Altach before taking part in the Premier League Asia Trophy, playing Manchester City in Nanjing and then either Wolves or Newcastle in Shanghai.

There is still football to be played this season with both European finals all-English affairs, Liverpool taking on Tottenham in Madrid next Saturday in the Champions League final.