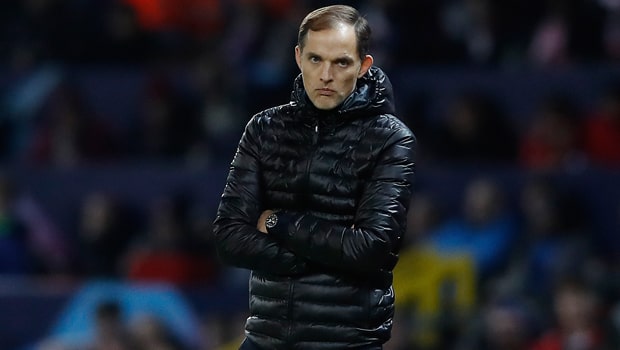 Paris Saint-Germain head coach Thomas Tuchel says he is unable to state with any certainty that stars Kylian Mbappe and Neymar will still be with the club next season.

Speculation over their futures heightened when Mbappe, a star at last summer’s World Cup, said in an acceptance speech for the Ligue 1 player of the season that he may have to consider a “new project”.

Tuchel admitted that he could have done without the comments but said that whatever their futures, the club would cope with or without them next season.

He said: “As a coach, I do want them to continue, but this is football, we are not naïve.

“Many clubs want to transfer many players and the market is crazy, but if you ask me, the coach, yes, I want them here next season. But if they are not, we will find solutions.”

Whilst PSG dominated the league once again, winning Ligue 1 at a canter, they once again flattered to deceive in Europe.

They reached the last 16 of the Champions League and dominated Manchester United at Old Trafford in the first-leg, winning 2-0 but folded in front of their home fans, losing 3-1 with United going through on away goals.

Tuchel said whatever the fate of his forward line, he himself is intent on staying with the French champions and delivering more success, adding: “It’s always my goal to grow and learn, that’s why I’m here.

“The last phase of the season was a bit difficult, we made an analysis, the club knows it and now we have to improve.”

United lost in the quarter-finals of the Champions League but the final is an all-English affair with Liverpool taking on Tottenham in Madrid next Saturday.