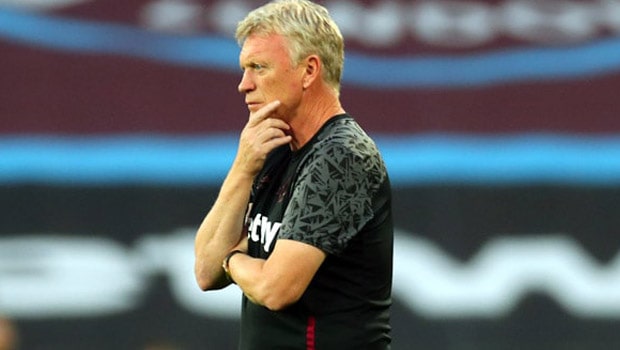 The current West Ham boss has not had a stable and much less successful career since he left Everton in 2012. The Hammers replaced him with Manuel Pellegrini in May 2018. Later in December 2019, Pellegrini was fired, and Moyes resumed his stall at the Olympic Stadium.

But the Scots coach’s tenure could be at risk as they started the season off on the wrong foot, losing their first home game 0-2 to Newcastle.

The first game of the season is vital in laying the foundation for what the club’s campaign will be like. The three points the Hammers lost to The Magpies meant injecting the players and fans with enthusiasm and hope.

The game against Newcastle was the most accessible on West Ham’s schedule since, in the next few dates, they will have to travel to face Arsenal, Leicester, Tottenham, and Liverpool. At the same time, at the Olympic Stadium, they will host Wolverhampton and Manchester City. Except for Spurs, all these clubs managed to win their opening matches this season and from now on they are seen as the clubs that will fight for the top of the table.

This is a very complicated situation for Moyes, who we could compare to the fateful mythological character Sisyphus, who must perpetually push a giant rock uphill. Many experts say that the Hammers will reach November without points and at the bottom of the table.
If West Ham is at rock-bottom in November, that would inevitably lead to Moyes’ sack.

David Sullivan and David Gold have stated that they trust Moyes’ work, and the Premier is a very competitive league that gives many surprises. The Hammers managed to defeat big teams in the 2019/2020 season, such as Manchester United and Chelsea, so even though the hill they have to climb is very steep, they still have chances to achieve good results.