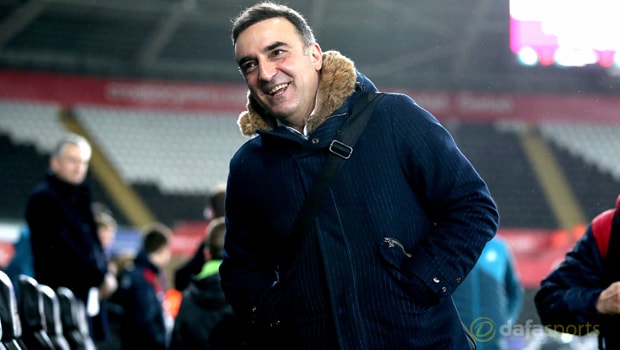 Swansea boss Carlos Carvalhal insists he was encouraged by the display from his team in the 2-0 loss against Tottenham.

Fernando Llorente headed home against his former club from what appeared to be an offside position to put Spurs in front early on, when they were well on top.

Having initially set out to contain Spurs, the home side had to rethink the game-plan and they increasingly grew into the contest after half-time, coming close to levelling when Mike van der Hoorn’s header hit the post.

Spurs sealed the points in the 89th-minute via a counter-attack, sub Harry Kane finding Dele Alli, who had his initial shot saved by Lukasz Fabianski before scoring with the rebound.

The Welsh club stayed at the foot of the table, four points adrift of safety, but Carvalhal was encouraged by what he watched.

If he can get some new faces in this month, the former Sheffield Wednesday boss is confident they can avoid relegation.

“What I’ve seen is that I have a team with character and quality. They are brave and they fight for the points with discipline,” he said.

“Let’s see if we can get one or two players in the market but if not the players we have will be brave and show commitment. I am a happy coach with my team. We can achieve points.”

Llorente’s controversial opener was unfortunate, but Carvalhal did not want to lay the blame the officials for the loss.

“The linesman apologised, it’s part of the game. I do mistakes also,” he added.

Swansea are 1.22 to be relegated this season, while Spurs are 9.00 in the betting without Man City market.