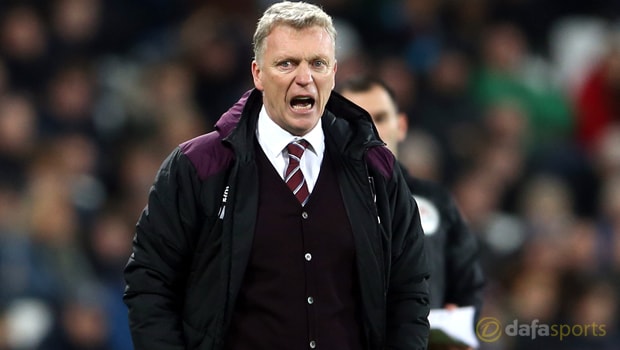 West Ham boss David Moyes could not hide his sense of frustration after Bournemouth scored a late equaliser in controversial fashion in a 3-3 draw at the Vitality Stadium on Boxing Day.

The Hammers led the game early through James Collins’ goal, only for Bournemouth to turn things around with goals from Dan Gosling and Nathan Ake either side of half-time.

Moyes’ men again hit the front when Marko Arnautovic notched a brace close to the end, leaving West Ham in sight of a valuable away win.

Callum Wilson then diverted a header from Ake into the Hammers net. The goal was initially disallowed for offside before referee Bobby Madley gave it, having consulted with his assistant.

Moyes was finding it hard to understand how the decision apparently got reversed.

Wilson was seemingly in an offside position when Ake’s header skimmed across the goal but his vital touch also appeared to be handball, leaving West Ham frustrated on two counts.

“I think he said the assistant referee only put his flag up to draw attention to it, and I’ve never heard of that ever,” said Moyes.

“To lose a goal like that is killer – it’s hard to take.

“If the assistant referee raises his flag, what would it be for? Offside? Arguably you could say that it was offside, but I’m giving them the benefit of the doubt.

But I can’t give them any benefit of the doubt for their player raising his hand.”

To add insult to injury for Moyes, his opposite number, Eddie Howe, appeared to agree the goal should have been chalked off, though he suggested his team merited their point overall.

“But I thought a draw was the least we deserved. I know it’s difficult for West Ham to take.”

West Ham are 4.50 to be relegated this season, while Bournemouth are 3.00 to drop to the Championship.