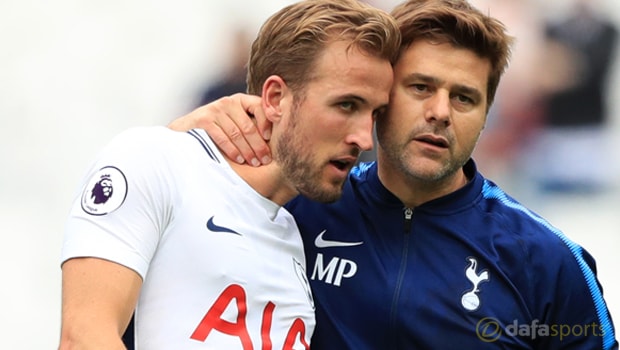 Mauricio Pochettino has no doubts that Tottenham striker Harry Kane must now be considered equal to the likes of Lionel Messi and Cristiano Ronaldo.

It took Kane’s total to 39 Premier League goals in 2017, breaking Alan Shearer’s record for goals scored in a calendar year in the process.

His 2017 tally overall stands at 56 goals in only 52 matches for club and country, unmatched by any striker in Europe’s top-five domestic leagues.

For Pochettino, his frontman is now the hottest striker in world football, beyond a doubt.

“First of all I want to congratulate Harry Kane, a massive achievement for him, well deserved,” Pochettino said.

“And we are all so, so, so, so happy because it’s an amazing thing to celebrate. For me, he’s world class.

“I think today, (number) one striker in the world, specific position, who’s better than him?”

Kane was rightfully earning a host of plaudits after his record-breaking treble against the Saints and Pochettino says he deserves all the praise.

Kane, 24, has now joined the modern day greats of the game now, according to the Argentine.

“He deserves everything. It’s been nine years between [Cristiano] Ronaldo and [Lionel] Messi, and now Kane’s name is there.

It’s a fantastic achievement and I’m so happy for him,” Pochettino added.

“I’d like to congratulate him. Well done. It’s not surprising to us because every day we see how he works, the determination, how professional he is and how he takes care of himself.”

Kane is 1.50 to be leading scorer in the Premier League this season, while Tottenham are 2.10 to finish in the top four.