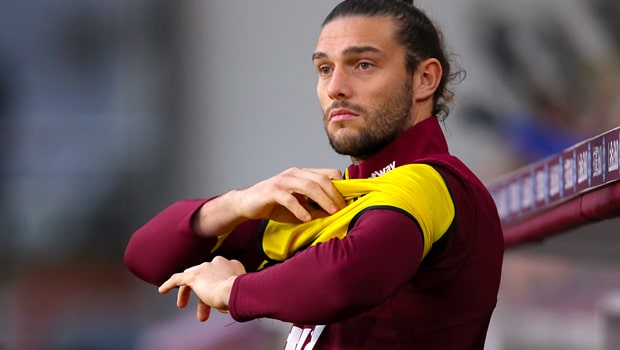 Andy Carroll is hoping to prove his worth to West Ham over the coming months and earn a new contract.

The England international has been hampered with injury problems since arriving at the London Stadium from Liverpool in 2013, with his most recent ankle issue limiting him to just one Premier League start this season.

Carroll, who turned 30 on Sunday, did grab his first goal of the campaign as the Hammers claimed a 2-0 victory over Birmingham in the FA Cup on Saturday, but, with his contract due to expire in the summer, he will have to continue proving his worth over the coming months if he is to earn an extension.

West Ham do have an option to extend Carroll’s deal by a further two years and the former Newcastle star admits he is desperate to commit his future to the club.

“Of course I want to stay. I’m just playing football as it is and not thinking about that,” Carroll told reporters.

“Yes, I want to stay and I want a new deal but I can’t really think about that every day. I’ve just got to play my football when I get the chance.

“I’ve got a two-year option at the end of the season so we’ll see what happens. I’ve got to play a few more games like this one and, like the manager says, I’ve got to impress him in the minutes he gives me.”

Carroll’s next chance to impress is likely to come when West Ham play host to London rivals Arsenal in the Premier League on Saturday.

Manuel Pellegrini’s side are priced at 3.50 to secure all three points from that match, while the Gunners are available at 2.05 and the draw is on offer at 3.75.