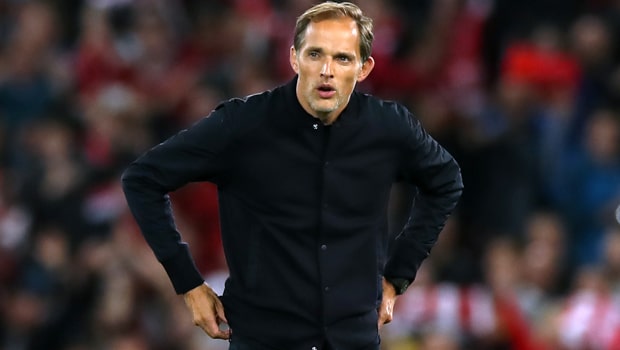 Thomas Tuchel believes Paris Saint-Germain did what they needed to do as they saw off fifth tier Pontivy GSI in the Coupe de France on Sunday.

The Parisians certainly did not have things all their own way against their lower league opponents, as an own goal from Sylvain Jule was all that separated the two sides heading into the final 20 minutes.

Goals from Neymar, Kylian Mbappe and Julian Draxler added some extra gloss to the scoreline late on and Tuchel, who felt the match was always going to be tough, was pleased with the professional approach his players adopted.

“I was expecting this type of match,” Tuchel told reporters.

“If you play seriously, it’s not possible for a fifth division team to beat us. That’s what the team did.

“We did two very intense and very serious training sessions, so I was confident before the match. It was not easy because the opponent was very organised and we lost a lot of easy balls.”

The result means PSG remain on course to win the domestic treble for the fourth time in five seasons and they will take on Guingamp in the quarter-finals of the Coupe de la Ligue on Wednesday, Tuchel’s side are priced at 1.08 to win that match, while Guingamp, who are bottom of the standings in Ligue 1, are available at 15.00 and the draw is on offer at 7.50.

PSG have won the Coupe de la Ligue five years in a row, with their last defeat in the competition coming against Saint-Etienne in November 2012.