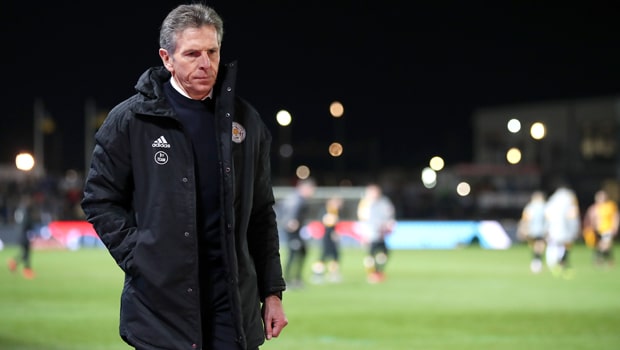 Claude Puel has defended his team selection after Leicester were dumped out of the FA Cup by League Two outfit Newport on Sunday.

The Foxes headed to Rodney Parade as heavy favourites to progress through to the fourth round, but a late penalty from Newport forward Padraig Amond sealed a deserved 2-1 victory for the Welsh club.

After the match, Puel received a lot of criticism for making seven changes to his starting line-up from the side that faced Everton in their last Premier League fixture.

The Frenchman, who was also criticised after making a similar amount of changes as the Foxes exited the Carabao Cup at the hands of Manchester City before Christmas, has defended his rotation policy and insists they still should have had enough quality to beat Newport.

“I think we had a good team with eight who played winning the title with Leicester, and a lot of experienced players and quality on the pitch,” Puel told reporters.

“I think we had enough quality on the pitch to qualify, I don’t want to look for excuses about this.

“I think we lost together, we are all together disappointed and frustrated after this game, because it was an objective for us. This competition was important.”

Leicester’s Premier League form has actually been good of late, as they won three of their four matches over the festive period against Chelsea, Manchester City and Everton.

However, Sunday’s result means Puel is likely to be under increased pressure when the Foxes play host to his former club Southampton in their next league match on Saturday.

Leicester are priced at 2.00 to claim all three points from that fixture, while Southampton, who will head into the match inside the relegation zone, are available at 4.00 and the draw is on offer at 3.50.