Wembley may not be Heurelho Gomes farewell 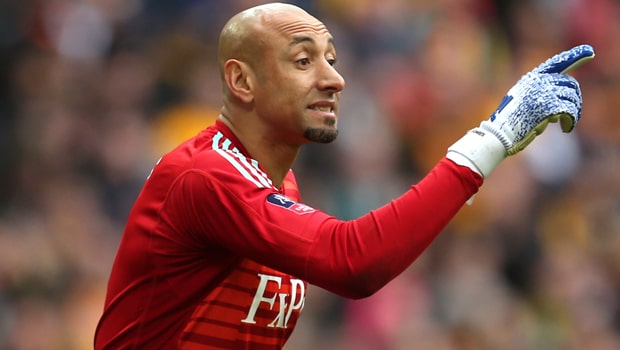 Heurelho Gomes may not bid farewell to Watford when he appears in the FA Cup final against Manchester City, according to Hornets boss Javi Gracia.

Gomes – who said in March he was “99 per cent sure” he would retire this summer, will be between the posts as Watford look to prevent Manchester City completing a domestic clean sweep on Saturday.

The former Tottenham goalkeeper has not made any Premier League appearances for Gracia’s side this season but has been in goal for their FA Cup run and will likely keep his place ahead of Ben Foster for the showpiece decider.

Gomes, who has made 144 league appearances for Watford since moving to Vicarage Road from Spurs five years ago, is not certain to hang up his gloves following the cup final, and the 38-year-old Brazilian could well be offered another year, says Gracia.

“I only focus on the game and try to choose the best keeper for the game, after that we will see what happens in the future.”

Watford stunned Wolves with a come-from-behind 3-2 win after extra-time in their FA Cup semi-final last month and they will have to upset the odds once more to raise the cup.