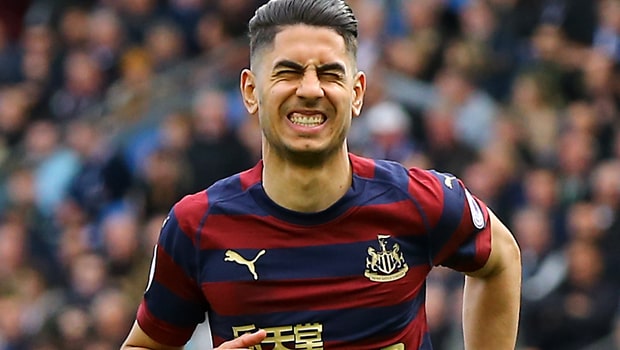 Ayoze Perez has told Newcastle they have to “make sure” manager Rafael Benitez commits his future to St James’ Park.

The Spanish tactican is out of contract this summer and, as yet, no new deal has been agreed with the club’s powerbrokers.

Despite the uncertainty, Perez is confident that Benitez will sign a new deal with Newcastle and will still be in charge of the club next season.

The former Liverpool and Real Madrid coach has this week been touted as a potential to successor to Brendan Rodgers at Celtic, with the Scottish champions unsure on appointing interim boss Neil Lennon on a permanent deal.

“We all want him to stay as it’s something good for the club. We became a better club from the day he arrived,” said Perez.

“We have to make sure we keep him because the team and the club can keep growing. That’s what we have done throughout the last few seasons.”

Newcastle meanwhile are reportedly considering signing Salomon Rondon on a permanent deal after the Venezuelan enjoyed a fine season on loan in the north east, striking up a pleasing partnership with Perez over the second half of the campaign.

With West Brom having failed to come through the Championship play-offs, Rondon is available on a £16.5m deal should Newcastle make their move.

Perez, who has been linked with a summer move to Inter Milan, was content with his own form in the season just ended. The 25-year-old hit a dozen Premier League goals, his best tally since joining the Magpies in 2014.

“I always look to be in and around the box. At the end of the day, I am a striker,” he added.