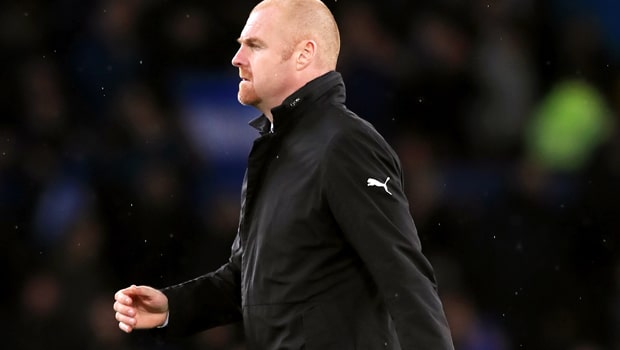 Sean Dyche says Burney “constantly have to keep our ear to the ground” in order to maintain a squad that can complete in the Premier League.

The Clarets have excelled in the top flight under Dyche’s management, managing to secure European qualification last season.

This season was a different tale however and, having started back in July with Europa League qualifiers, they struggled early on in the Premier League and were drawn into the relegation zone as winter approached.

They eventually managed to get out of trouble and Dyche is already planning for next term, with a revolving door likely at the club.

Defender Stephen Ward and goalkeeper Anders Lindegaard have not had their contracts renewed, while striker Jonathan Walters has retired from football due to injury. Dyche is set to hold talks with much-travelled veteran striker Peter Crouch, who joined on a short-term deal in January, about a possible extension.

Aaron Lennon and Phil Bardsley have both had options in their existing contracts activated so they will be at Turf Moor next season but Dyche has been outlining the challenges facing a club like Burnley.

“This club is going to have to fight all the time to be at the top level of football, but we’ve shown we can do it. The thing is with life at Burnley; it’s stop, stand still and then restart,” he said.

“It’s Burnley, not Barcelona, and we have to find ways of getting points on the board. The next one is never guaranteed from the last one and we are always looking to layer up strength, but it’s difficult.

“The planning never stops because we obviously don’t have the finances that others have, so we constantly have to keep our ear to the ground and an eye on the market. But you want competitiveness freshness and that often comes from players coming in.”