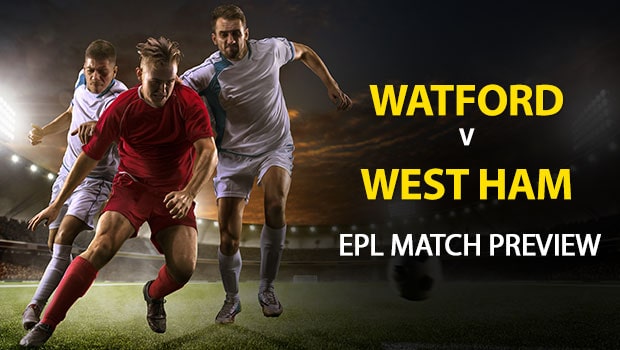 Draw: There’s about a 27 percent chance this match ends in a draw. That happens in under 25 percent of AccuScore sims, suggesting no added value on the pick.

Summer Moves: Watford had some key additions this summer with the likes of Craig Dawson and Joao Pedro joining the side. Watford had their best finish in club history last year in the Premier League, and will be looking to build off that momentum after a successful offseason.

Javier Hernández has a 25-to-26 percent chance to score this weekend. Hernández averages 1.22 shots overall per sim, 0.61 shots on goal per and 0.30 goals per sim.

Gerard Deulofeu has a 34 percent chance to score for Watford. Deulofeu averages 2.31 shots overall per sim, 0.84 shots on goal per and 0.41 goals per sim.

Picks indicate there’s a 45 percent chance Watford wins this matchup. They win close to 60 percent of simulations, suggesting some added value on the pick. The added side value here is a two-star (out of four) hot trend pick.