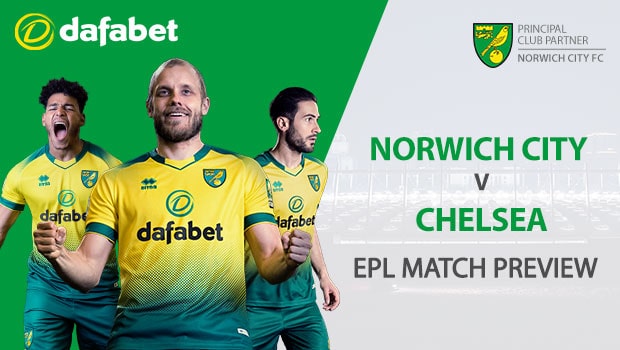 Norwich City and Chelsea match up this Saturday in Premier League action at Carrow Road. AccuScore sims have some side value in this one.

Draw: There’s a about a 25 percent chance this weekend’s match ends in a draw. That happens in under 24.7 percent of AccuScore sims, suggesting no added value on the pick.

Last 6: Norwich City have 3 wins, 2 losses and 1 loss in thier last 6 overall. Norwich is coming off a 3-1 home win vs Newcastle. Chelsea looks for their first win of the season following back-to-back draws vs Liverpool and Leicester City, respetively. They have 2 wins, 3 draws and 1 loss in their last six overall.

Teemu Pukki, who’s off to a remarkable start to the season, has a 57+ percent chance to score for Norwich City. Pukki averages 2.72 shots overall per sim, 1.22 shots on goal per and 0.83 goals per sim.