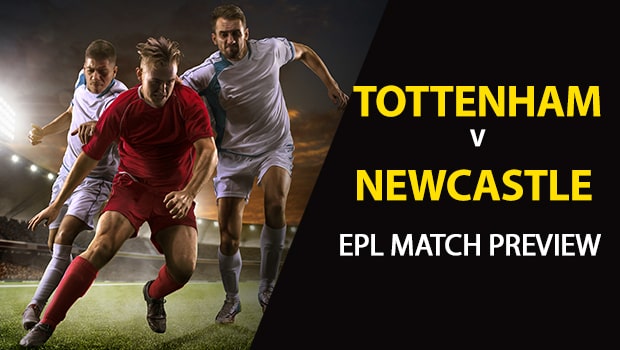 Tottenham and Newcastle go head-to-head this weekend at Hotspur Stadium as the home side looks focused on making sure they don’t repeat the performances fans saw to close out last season. They finished with just one win in their final five Premier League matches in 2018-2019; despite still finising in the top-4, the Harry Kane-led roster looks destined to have an even better finish.

Draw: Picks indicate there’s about a 27 percent chance this match ends in a draw. That happens in under 25 percent of AccuScore sims, suggesting no added value on the pick.

2019-2020 Season So Far: Tottenham has yet to lose a match this season, though it is early. They opened the season with a 3-1 home win vs Aston Villa before finishing in a 2-2 draw on the road vs Manchester City last week. Newcastle has yet to win a match, entering this match with back-to-back losses vs Arsenal and Norwich City, respectively.

Getting Back on Track: Newcastle entered this season with quite a bit of momentum. They finished last season winning 10 out of a possible 15 points, giving fans something to look forward to this season. They did lose some talent in the offseason, though, and that has clearly made an impact as they continue to search for their first win of the 2019-2020 season.

Head to Head: These two sides last matched up in Premier League action back on Feb. 2, 2019 when Tottenham won, 1-0. Newcastle last defeated Tottenham in May of 2016.

Joelinton has a 13 percent chance to score for Newcastle. He averages 1.71 shots overall per sim, 0.63 shots on goal per and 0.15 goals per sim.

Picks indicate there’s a 51 percent chance the total combined score stays under 3 goals. That happens in 53 percent of simulations, a four-star (out of four) AccuScore hot trend pick.