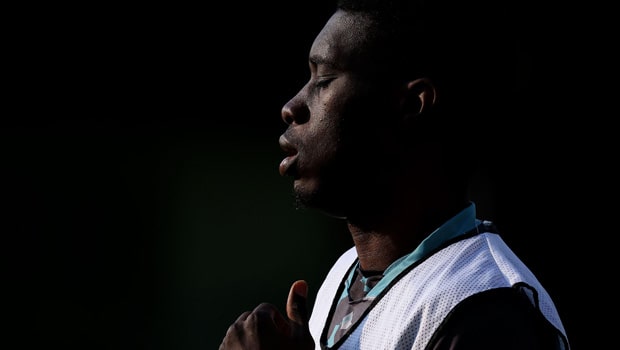 Ismaila Sarr scored his 13th goal of the season Saturday as Watford defeated Millwall 1-0 to secure an automatic promotion back to the Premier League. The Senegal international’s 11th-minute penalty goal was enough for the Hornets to have a moment of celebration this weekend. Watford sit in the No. 2 spot of the Championship table, five points behind Norwich.

“It is an amazing moment, and it is the moment to say thank you to everyone who has helped me and the players,” Watford head coach Xisco Munoz said. “It was a very good performance and we are at a very good level.”

The win over Millwall marked the 22nd clean sheet of the season for Watford.

Watford, led by Munoz, are in the midst of their best campaign at Vicarage Road since 1977 as they recorded their 18th home win of the season.

“Everyone worked with the same idea and passion, and it is very nice when you have a group where everyone has the same direction,” Munoz added. “Everyone at the training ground believed. Right now it is important to enjoy the situation and after we will prepare for next season.”

Watford won the possession battle 55-45, but had just one more shot on target than did Millwall.

“After the first 20 minutes I thought we were excellent and we were probably the better side from thereon,” Millwall boss Gary Rowett said. “Just that little bit of quality was missing. I don’t think we could have done much more than we did. Good luck to Watford – they have got Premier League quality players and deserve to go up.”

Millwall seemed to be the aggressor in the second half, but they failed to connect on their best scoring chance about 60 minutes into the match, when Scott Malone failed to even get the shot off as the ball got stuck between his legs.

“It’s difficult to keep going when there’s no fans, no atmosphere, nothing to really play for,” said Gary Rowett.

Some Watford players took to social media after the match to celebrate the promotion.

“We are going up,” Nigeria international William Troost Ekong said on Twitter following the win.

Watford match up with Brentford in their next league fixture on May 1.