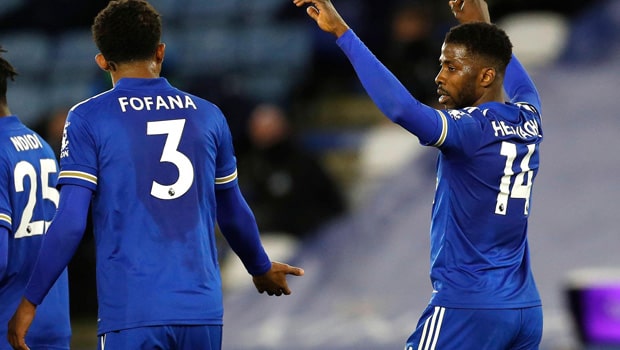 Leicester City look a bit more stable in the top four of the Premier League table following Thursday’s 3-0 win over West Bromwich at King Power Stadium. The hosts raced out to an early first half three-goal lead behind scores from Jamie Vardy, Jonny Evans and Kelechi Iheanacho.

City are now in the No. 3 spot with 59 points on the board; four points ahead of Chelsea, seven back of Manchester United.

Ịheanachọ has now scored 11 goals in his last eight games in all competitions for Leicester.

Leicester dominated possession 73-27, with a total of seven shots on goal vs just one for West Brom. West Brom had just one shot from inside the box, and even that came in the 83rd minute. Lopsided fixture, to say the least.