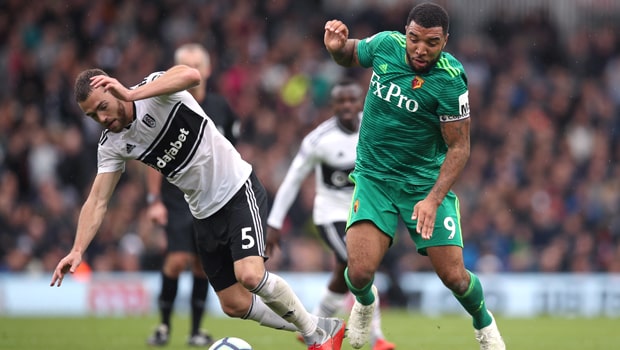 Watford goalkeeper Ben Foster believes team-mate Troy Deeney should be handed a call-up to England’s squad because he would offer something different.

Despite scoring 10-plus goals in six of the last seven seasons, Deeney has failed to earn international recognition and his chances of being handed a first cap appear to be slipping away.

Aged 30, time is running out for the Watford skipper but he has been proving his credentials once again this term, having found the back of the net twice from six Premier League appearances.

However, England appear to be going down a more youthful route under manager Gareth Southgate and the Three Lions’ run to the semi-finals of the 2018 World Cup proved this method can work.

But Foster, who has earned eight caps for the national team, says he would be willing to give Deeney a chance to shine on the international stage.

“That’s what Troy’s got. If you get the ball up to him with quality, he will hold it and, as long as you can get around him, you can get yourself so high up the pitch.

“He is such a strong boy and his work rate is second to none. Troy can only do his talking on the pitch. That’s what he has done at every game since I have been here this season.”

Watford are next in action on Wednesday when they take on Tottenham in the Carabao Cup and Javi Gracia’s men are 7.00 to pick up the win, a draw is priced at 5.00 whilst Spurs are 1.40 favourites.